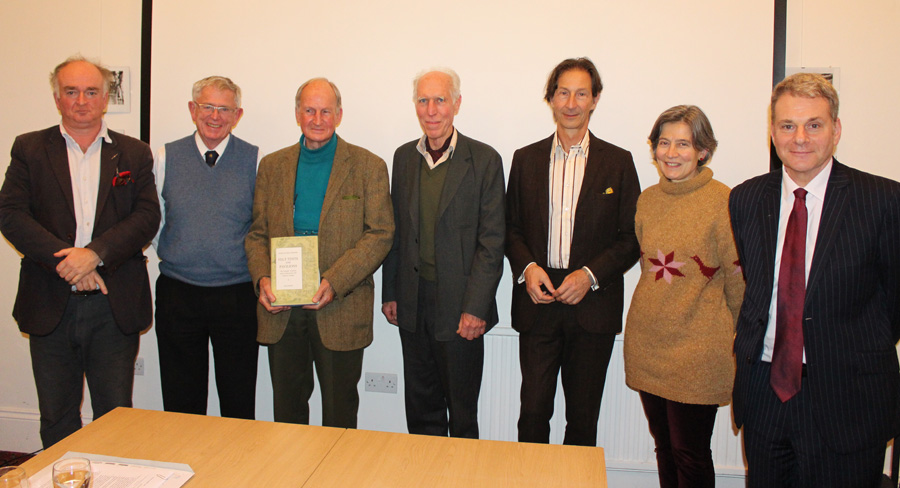 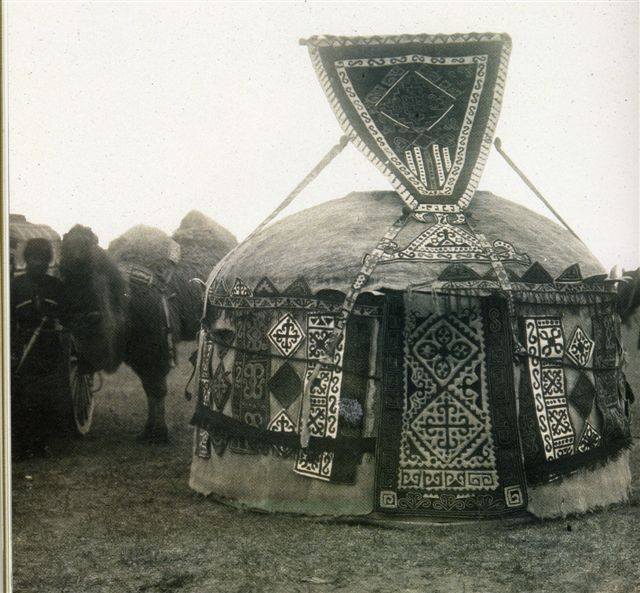 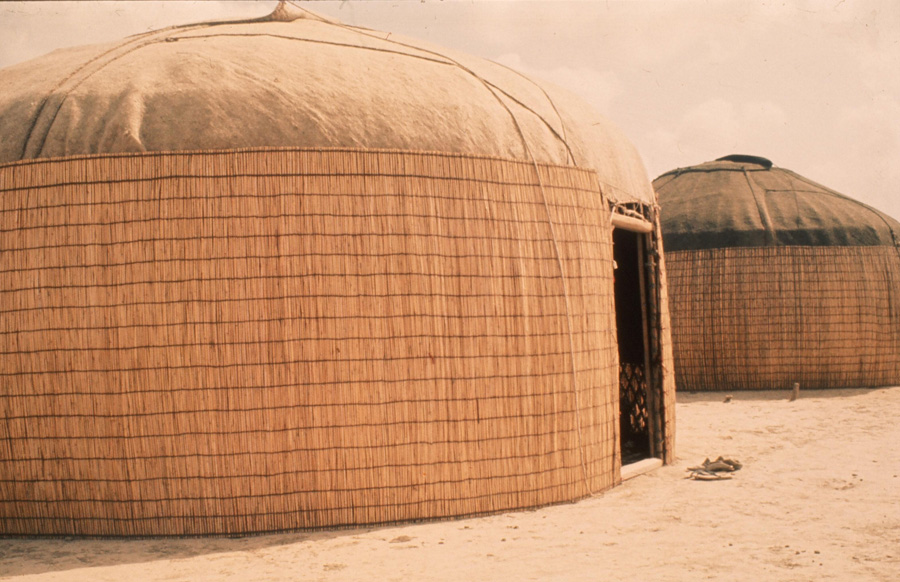 1-You trained as an architect and with that analytical angle back in 1966 started with the simple yet ambitious aim of making a survey of nomad tents throughout the Muslim world. Do you know why no predecessors took a serious global view on the survey of nomadic tents?

The study of “vernacular architecture” only gathered momentum in the 1960s, and tents were rather left behind. There were predecessors, but questions of range, accessibility, and scope arise. Remarkably the first serious attempt at a comprehensive treatment had been by a Captain Godfrey Rhodes in 1858, who had lived with the inadequacy of British tents in the Crimean war, and noticed the superiority of Turkish tents: he set about learning what alternatives were available. For Central Asia there was a long study by Kharuzin in 1896. The first modern attempt was a book by Feilberg in 1944, but the war prevented him from doing any comparative fieldwork.

At a more restricted level, Laoust published a study of tents in the Maghreb in 1930, and several Frenchmen published studies of individual groups there. A comparison of Beduin tents was undertaken by Rackow and Caskel in 1938. There was even a book on Gypsy tents written by Lowndes with touring cyclists in mind in 1890! However, it was work by Róna-Tas in 1963 and Johansen in 1966 which revealed the importance of terminology in the Turko-Mongol world. Since then there has been a thorough book on Mongolian tents by Maydar and Darisüren, and one on Qazaq tents by Mukanvov, both in 1981. Few of these, however, made first-hand study a criterion, nor did any attempt to analyse historical sources in any significant way.

2- You clearly found out that to make a full sense of this variation of tent designs you needed additional criteria and skills and so began your full research. Could we state that the nature of the research forced you to become an ethnographer?

3- One of the earliest representations of domed trellis tents is from a barrow in Tsaaram Valley, Buryat Republic near Mongolia, dating from around the time of Christ. It is apparent that this model later spread in that region, so could we state the Mongolian steppe was the birth place of this style of tent?

Yes, it appears so, but we should remember that present-day Mongolia was inhabited by the ancient Turks, who made the trellis tent their own. The ethnic nature of the Xiong-nu, who were responsible for the birchbark image found in Buryatia, is still unclear.

4- Is nomadism principally an inevitable by-product of a land that cannot sustain regular agriculture, as in semi-deserts that dominate much of the Euro-Asian steppe, or is it more a cultural attachment often associated by the Turco-Mongol populations who used migration for more than fodder for their flock resources, such as raiding settled communities or escaping marauding tribes etc?

The divide is represented for the Middle East by the opposition of Jacob and Esau. It seems generally agreed at present that pastoral nomadism developed there later than agriculture, but as hunter-gatherers antedated both, and as among some peoples, notably the reindeer-herders in the north, the distinction between following animals on natural migration and managing them is blurred, this may not apply everywhere. Certainly people were husbanding horses very early in Central Asia, ca. 6000-5000 b.p. Raiding seems to be a natural consequence of greater mobility due to riding. Furthermore there has long been an interaction between the desert and the sown, to the advantage of both. As Fraser-Darling pointed out in the 1960s, friction arose only when, in exceptional circumstances, this broke down.

5- In the map of the Xiongnu Empire covering the period of 3rd century BC to 1st century AD, that you showed in your talk, the Western fringes of this empire still right in Central Asia was populated by tribes termed Aryan, so more European than Mongoloid / Turkic. Clearly over time these Western people were displaced and do we know if the success of the nomadic culture in these areas was part of this shift?

The earlier nomadic confederations of the Steppe, such as the Scythians and Massagetae, were Indo-European, but they were replaced by Altaic peoples. How this came about is far from clear.

6- Much has been learnt of the ancient Scythian material culture including fragile textiles in their perma-frosted tombs from the far north of Asia. Do you know if any dwelling related material that was recovered from these iconic or similar ‘The Pazyryk burials’?

The only find of this kind from Pazyryk are the components of a sweat lodge, as described by Herodotus: the poles of a small conical tent. Rather unconvincing remnants of tent frames from the early Mongol period have been found elsewhere, but as yet no major burial.

7- Clearly even when you started your research back in 1966 nomadic tent culture was rapidly waning and now it seems only some isolated remote tribes continue their traditions and some recent mock-ups of these tents threaten to create a false narrative. Part of this decline was clearly hastened by suspicious states, such as Shah’s Iran, making it hard or illegal to continue the nomadic life-style. Why do think these leaders were so antagonistic to a small population living in places most others wouldn’t contemplate?

The nomads who were still prominent in the first half of the 20th century were remnants of a culture which had played a major role in defeating and replacing urban civilisations in successive waves for many centuries, as outlined by Ibn Khaldun (ca. 1400). Some, such as the Qashqay and the Bakhtiyari, were still seen as a potential threat when Reza Shah seized power, and he took measures to disempower them, including banning the use of tents. They still played a role in the 1953 coup, but were finally rendered ineffective by air-power. Administrators generally dislike nomads because they are difficult to tax, and because they can so easily move away from any attempt at control. There is a Türkmen saying “I have no mill set about with willow trees: I have a horse and a whip – I’ll beat you and go”.

8- Is there more research to be done on nomadic tents of Central Asia in your opinion?

Yes, but there are increasingly few areas where nomad traditions are strong enough to make research worthwhile. Even in Qırgızstan, which is an exception, I found that I sometimes knew more of their terminology than they did!