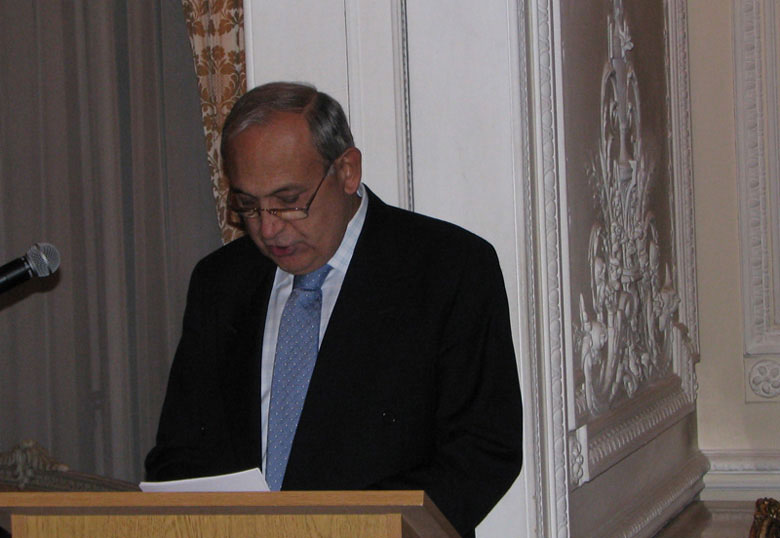 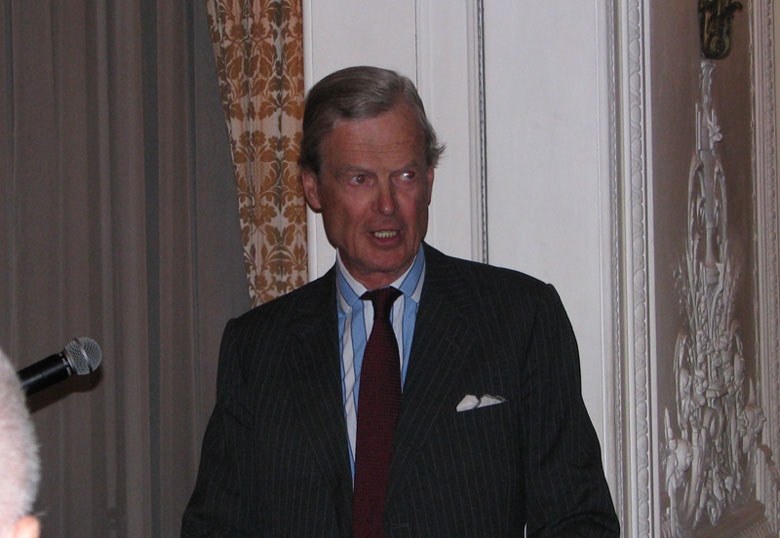 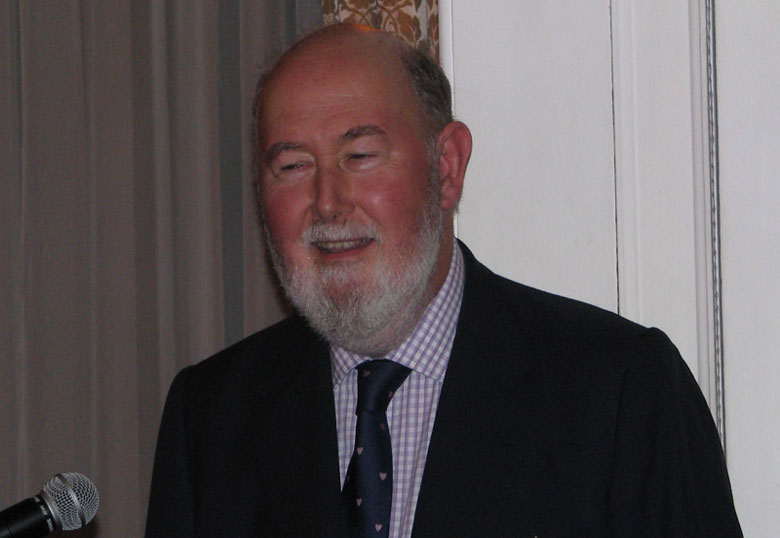 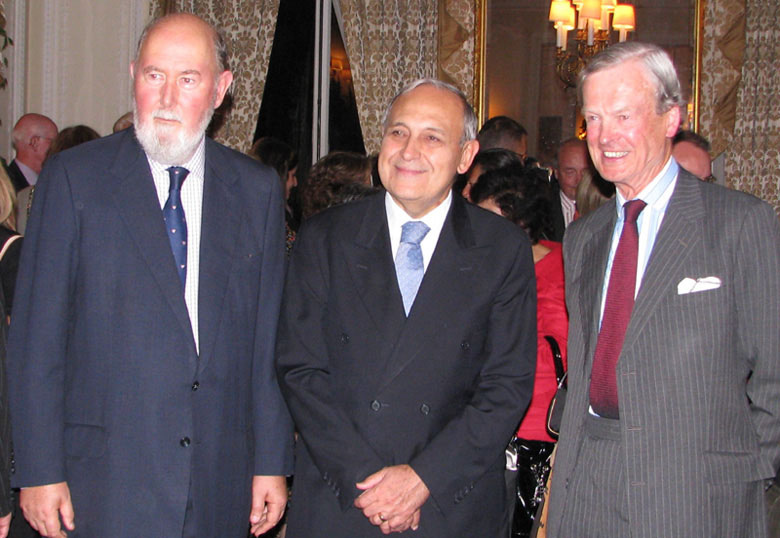 From left: Our new chairman Sir Kieran Pendergast, H.E. the Turkish Ambassador Yiğit Alpogan and Sir Timothy Daunt.
HE The Turkish Ambassador and Mrs Yiğit Alpogan very kindly hosted a reception for members of the Society at the Residence to say farewell to Sir Timothy Daunt who stepped down from the Chairmanship of the Society at its AGM in May and to welcome Sir Kieran Prendergast who has taken on that role. The event took place on Monday, 14 September 2009 and was attended by over 150 members.

HE The Turkish Ambassador paid tribute to the hard work put in by Sir Timothy Daunt during his tenure and said he was looking forward to continuing a close relationship with the Society in the course of Sir Kieran's Chairmanship. Sir Timothy responded by highlighting the major events/issues that has occurred during his term and said that he now looked forward to being an ordinary member without responsibility, i. e. an irresponsible member. Sir Kieran said he hoped to be able to take on the mantle of the former distinguished Chairmen and looked forward to the challenge.

As a tiny token of appreciation, Mrs Alpogan was presented with a large bouquet of flowers. 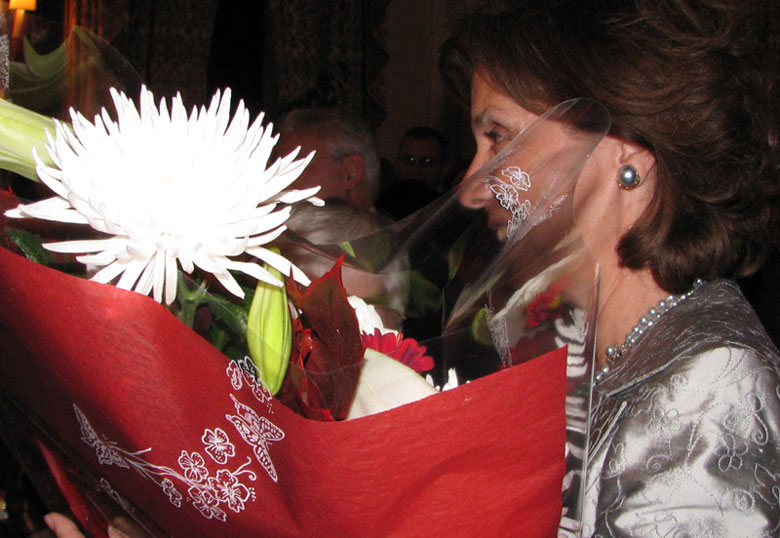